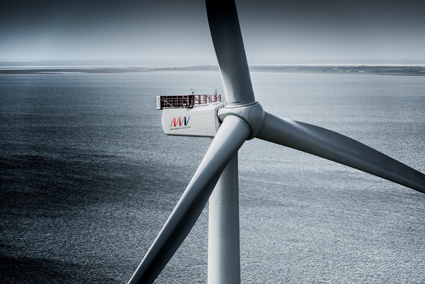 Monitoring and managing the safety of marine mammals is being given a top priority at the 857MW Triton Knoll Offshore Wind Farm, as the 90 turbine project constructs state-of-the-art infrastructure 20 miles off the Lincolnshire coast.

While Triton Knoll has already been assessed as having low potential for marine mammal presence, East Anglia based Seiche Environmental has been appointed to implement important mitigation measures at the offshore site.

Specialising in underwater acoustic measurement, monitoring, and mitigation measures, the team from Seiche has been brought on board to ensure that the impact of underwater noise from construction activities – linked to the installation of 90 monopile foundations for the world’s most powerful wind turbines, and two high-tech offshore substation platforms – has minimal impact on any local cetaceans and seals.

Seiche’s marine mammal mitigation team – based on-board the 183 metre long installation vessel Seaway Strashnov – uses specialist Passive Acoustic Measurement (PAM) equipment to identify if any marine mammals are present under water. Under the direction of their team, an Acoustic Deterrent Device (Lofitech’s Seal Scarer) is used to help keep any marine mammals that may be present, beyond the 500 metre radius protection zone – established before live piling operations.

Combined with visual monitoring during daylight hours, Seiche’s team of observers and PAM operators ensure that the Marine Mammal Mitigation Protocol, which follows the government’s Joint Nature Conservation Committee’s guidance protocol, is adhered to at all times

In addition to the marine mammal mitigation services, Seiche is also recording and reporting on noise output during the installation of the initial piles, so that predictions – used to assess the potential impact on marine fauna – can be validated.

Commenting on the project, Nicola Harris – Associate Director, Environmental Services for Seiche, said: “Understanding and minimising the impact of offshore construction on marine mammals is a vital part of modern offshore wind farm development. Pile driving activities are governed by strict marine mitigation procedures, and we are proud to be providing the crucial expertise to ensure that the noise from these works is managed in a way that is not damaging to the like of grey seal, harbour porpoise and harbour seal, as well as other species less common in the North Sea, including white-beaked dolphin and minke whale.

“Utilising noise monitoring methodology developed by Seiche’s BioSciences and Acoustic Technical specialists, we have implemented mitigation measures that are in accordance with best practice underwater noise guidance and standards whilst better understanding the effect of offshore developments on the marine environment.”

The project covers the Triton Knoll turbine array, which is spread over 145 square kilometres, an area bigger than the City of Manchester. Jointly owned by innogy, J-Power and Kansai Electric Power, innogy is responsible for managing the wind farm’s construction, long-term operation and maintenance works, on behalf of its project partners. Once fully operational, Triton Knoll will be the most powerful in the innogy fleet and capable of powering the equivalent of over 800,000 UK homes.

Seiche at the Underwater Sound Forum

Mark Burnett presents at the Marine Autonomy and Technology Showcase

Seiche at the Marine Technology Society's Oceans in Action conference

We're joining forces for our fourth KTP with University of Bath

Seiche at the 2019 Effects of Noise on Aquatic Life conference

AutoNaut USV accompanies The Ocean Cleanup in the Pacific Ocean

The Ocean Cleanup – countdown to launch!

Seiche is Official Partner for The Ocean Cleanup

Come and see us at Oceanology International - Stand A251

At the European Cetacean Society conference

Working with ASV and the University of Louisiana